The recent prediction by Charles Hwang, managing member of the Lightning Capital hedge fund and adjunct professor at Baruch College, echoes the feelings of many technical analysts in the crypto sphere.

Hwang put forth his hypothesis in a recent Medium post, while making the convservative assumption that demand will stay steady through 2021.

Bitcoin “halving” occurs when predetermined mining milestones have been reached on the network.   These milestones were created when Bitcoin itself was created, and at each one the mining reward is cut in half.

One only needs to remember the basic laws of supply and demand to see how the Bitcoin halving will affect Bitcoin price.  After it occurs, miners will have to perform twice the work in order to see the same rewards as they were pre-halving. As Hwang writes in his post, “This sudden shift in the supply curve will most likely be the catalyst for the next Bitcoin bull run.”

This effect will be even more severe as we see Bitcoin continue to rise in popularity and use around the world.  As we mentioned, Hwang assumed a flat demand curve for Bitcoin into 2021. If the mass adoption of Bitcoin continues to increase as it has the past several years, demand will drive the price even higher than Hwang’s estimates.

This is an instance where we can look to the past as well.  The Bitcoin halvings are set to occur roughly every four years, and therefore we’ve already experienced two already in 2012 and 2016.  For long-time crypto watchers, those dates should stand out as the beginnings of the previous huge rallies in Bitcoin’s price. German bank BayernLB realized this, and they also predicted earlier this year that the 2020 halving could lead to Bitcoin prices as high as $90,000.

Some analysts argue that since the Bitcoin halving isn’t a secret, then theoretically it should already be baked into the price of Bitcoin  Many feel that is an optimistic assumption though, since most casual users and investors aren’t aware of the Bitcoin halving, or if they are then they still don’t realize the true implications of the event.

For the rest of us though, it has become glaringly obvious that we are at the bottom, with now being the time to buy.  As we head into 2020, there is nowhere to go but up for the price of Bitcoin.

CEO OF TWITTER & SQUARE PLEDGES TO INTEGRATE CRYPTO INTO PLATFORMS

This would be a huge boon to mass adoption of Bitcoin, as Twitter boasts over 300 million monthly users around the globe, and Square processes hundreds of billions of dollars in payments annually.

Dorsey also sees Africa as a key player in the world’s crypto future, and said that “Africa will define the future (especially the bitcoin one!).”  The continent is on the brink of a tech explosion, and four of the world’s fastest-growing economies are in Africa. Only 400 million of Africa’s total 1.25 billion population are using the internet too, leaving 800 million new potential crypto users.  Crypto is already incredibly popular there, and in fact Lagos, Nigeria had the world’s highest volume of “Bitcoin” search engine queries.

The U.S. central bank is set to release its latest monetary policy decisions this week.  Data is showing that the gold markets are not expecting to see any change in interest rates.

The U.S. Labor Department also released its latest inflation data, and it holds no surprises for the markets.  The U.S. Consumer Price Index rose 0.3% in November, after a 0.4% rise in October. The data slightly beat expectations, as forecasts foresaw for a 0.2% rise.  Year-to-date, inflation rose 2.1%, up from the previous reading of 1.8%, the report said.

The gold market saw little movement in response to the data.  Gold prices are still holding on to gains as the inflation data fails to shift the Federal Reserve’s stance on maintaining interest rates at their currently low levels.

Now is the time to take advantage of the price of gold and protect yourself from future recessions and stock market volatility.  Indicators are showing that long-term bullish trends will continue in the gold markets, giving you an excellent opportunity for immediate growth and providing protection for your assets against future economic downturns.  Don’t miss out on this opportunity. Act now and reap the benefits.

Will your portfolio weather the next financial crisis?

Request your free investors info-kit that explains how to protect and diversify your portfolio with alternative assets.

“The CryptoChain” Newsletter with crypto news and trade alerts 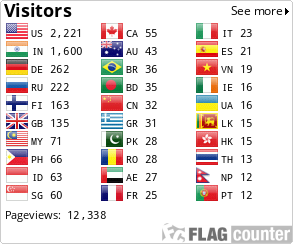